We made 18 stock recommendations at the beginning of the year. Here’s how they’ve done.

Everybody should own stocks. Here’s our picks for the best stocks to own in 2021.

What Trump’s Keeping from Biden & How He Profits from Donations

Trump VS The US Free Press

For the first time in a year, oil prices top $60 a barrel

Trump Under Criminal Investigation & Republicans Fight to Forget the Insurrection 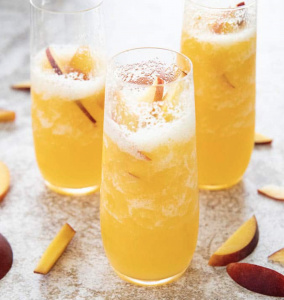 Rep. Marjorie Taylor Greene was suspended by Twitter for 12 hours not long after she told Trump supporters to ‘mobilize’ in a deleted tweet

Rep. Marjorie Taylor Greene, a Republican from Georgia known for her promotion of the baseless QAnon conspiracy theory, was suspended by Twitter for 12 hours, her office said in a statement.

The Biden-led Environmental Protection Agency says Trump administration political officials “compromised” an assessment of chemical dangers and has replaced it with a new one they say “upholds the tenants of scientific integrity.”

Senate Minority Leader Mitch McConnell was blunt in his reaction to Major League Baseball’s decision to move its All-Star Game out of Atlanta this summer following the passage of a series of new election measures by Georgia elected officials.

“Corporations will invite serious consequences if they become a vehicle for far-left mobs to hijack our country from outside the constitutional order,” warned McConnell, adding: “Businesses must not use economic blackmail to spread disinformation and push bad ideas that citizens reject at the ballot box.”

January The best climate change solution: Nuclear energy is our surest … Which country has the most climate skeptics? BlackRock exec: Climate risk is investment

Texas is one of the large, high-population states that could represent a profit windfall for online sports betting companies if it ever legalizes this type of gambling. Several casino and gambling enterprises have acquired fantasy sports platforms with users in New York, Texas, Florida, and California, to position themselves for eventual legalization there. Bally’s Corporation (NYSE:BALY) bought fantasy sports company Monkey Knife Fight and Caesars Entertainment (NASDAQ:CZR) make a “strategic investment” with an option to acquire the SuperDraft platform late last month, in part for this reason.

Now is the time you should be doing mock drafts. Do as many as you can between now and your real draft. It’s the best way to prepare, and you can do all kinds of mock drafts on CBS Sports right here. I love doing mock drafts. If I could, I would do a mock draft every day from the time the Super Bowl ended until kickoff of the following season. I’m a junkie, I admit it. I’m addicted to drafting. My boss thinks it’s work to put together these mock drafts, but I have him fooled. This is fun.

After making the move from golf to football coverage at Fox Sports, sizzling sideline reporter Holly Sonders became a popular fixture at NFL and NCAA games, dishing out insightful takes on FS1 shows like Undisputed and The Herd.

From Islay single malts to peated bourbon distilled in Kentucky.

The new politics of climate change

A billionaire, a novelist and a professor all write a book about climate change.

That may sound like the start of a joke but it is not, especially for philanthropist Bill Gates and author Jonathan Franzen. Their books have come out just as Michael E Mann, one of the world’s best known climate scientists, has published a book accusing each of abetting new forces of inactivism slowing efforts to tackle climate change.

Josh Adams is an American football running back for the New York Jets of the National Football League. He played college football at Notre Dame, and he was signed by the Philadelphia Eagles as an undrafted free agent in 2018.
Born: October 29, 1996 (age 24 years), Warrington Township, PA
Height: 6′ 2″

Unvaccinated people still make up the vast majority of cases, hospitalizations, and deaths.

President Joe Biden’s $1.9 trillion coronavirus relief plan would provide a third round of federal stimulus checks to millions of Americans. Yet while lawmakers on both sides of the aisle have expressed support for the proposal, there is less agreement on who should be eligible for the $1,400 direct payments.

2021 fantasy player outlook for Ezekiel Elliott, RB, Dallas Cowboys (6/23) Advice: Ezekiel Elliott might not be the same elite Fantasy option he was at the start of his career, but he can still be among the best players at his position. And he’s worth drafting with a first-round pick in all formats. The best argument for Elliott is the way he performed when Dak Prescott was healthy. In the first five games of the season with Prescott, Elliott scored at least 20 PPR points in four of those outings. He had five games of 11-plus PPR points over his next 10 outings (he didn’t play in Week 15 because of a calf injury), and it was clear he missed Prescott and a competent offensive line, which was also banged up. With everyone healthy around Elliott, he should rebound and play at a high level again. The earliest you should draft Elliott is No. 5 overall in all leagues. (CBSSports.com)
ADP: 1.01 — 2.01
More: Highlights | Draft Scout | Contract | Profile | Stats | News | Depth Chart | Discussion | Shop
Born: July 22, 1995, Alton, IL

This Month In Business [beta]

Nothing Untoward About Counting Ballots After Election Day

In recent days, President Donald Trump has repeatedly and baselessly suggested that counting mail-in ballots after Election Day will result in fraud.

Apple is discontinuing its iMac Pro.

According to CNN, Apple said that the computer is only available “while supplies last” and is listed on its site for $5,000.

And once it’s gone, it’s gone for good, CNN reported.

The iMac Pro, which was released in 2017, was once considered the company’s most powerful computer.

10 Excellent Oscar–Winning Movies You Can Watch On Netflix

Few nights in Hollywood’s calendar year come close to the glitz and glamour of the Academy Awards. An Oscar statuette is a crowning achievement for anyone involved in the production of film, and those that garner one or more of the little gold boys win the right to label themselves an Academy Award–winning “insert title here” for the rest of history, not to mention the career-boosting potential that comes with it. 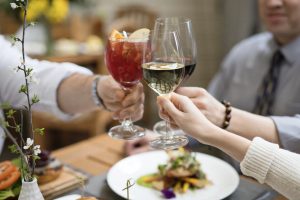 If you’re living in the desert or heading there for a short trip stop into one of these wine bars. They’re the perfect spot to catch up with friends, meet new ones, or just ponder your thoughts over a few sips of the perfect wine. 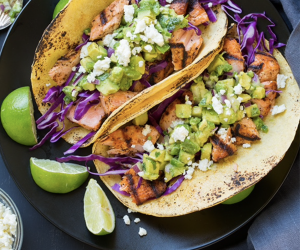 Both Mahomes and Brady are on the cover of this year’s edition — and the Chiefs quarterback talked about the photo shoot with his rival. 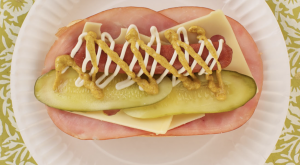 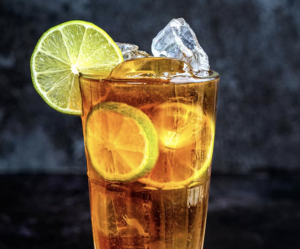 Coming out of Bishop Gorman, Miami TE Brevin Jordan was one of the highest rated players at his position & so far he’s lived up to the hype. He may not score many touchdowns, but he was a top target whenever a play was needed. The Hurricanes have not had consistent QB play during his first 2 seasons, which has played a role as to why his stats aren’t as impressive as one would think when watching him play. Now that D’Eriq King has transferred to The U, Jordan & the rest of the Miami offense are expected to take a big step forward next season.

Gotham Greens has spent 11 years convincing grocers like Whole Foods that its locally and sustainably grown lettuces are the future of produce, but after the pandemic upended national supply chains, its sales started to surge.

Former U.S. Congresswoman Katie Hill is taking her ex-husband to court, claiming he’s behind the leak of private photos and messages … which, she says, ultimately sunk her political career.

The ex-Rep. from California filed suit Tuesday against Kenny Heslep — who she recently divorced — for what she says was a years-long campaign of making her life miserable … up to and including the moment she stepped down from her post last year amid scandal.

With the NFL franchise tag window opening Tuesday, the Cowboys can officially place the tag on Prescott for a second season. It has been highly expected Dallas will do so by the March 9 deadline, in hopes of coming to an agreement on a long-term deal that has eluded the two sides for the last two offseasons. NFL Network’s Ian Rappaport stated his belief, “The Cowboys do want to workout a long-term deal with Prescott before they have to tag him”.

Poke For The People

Great food, nice staff, and call ahead ordering available. The Keiki option is great for my toddler, the adults enjoyed their poke bowls, and the fish is fresh. When calling ahead, ask about their specials too. During the pandemic, the North Shore has been less populated with tourists. Though this may be nice for us locals, it does take away a giant portion of clientele from the eateries out here. So, please consider supporting local businesses!

Seafood recipes that will knock your socks off.

D.J. Moore Fantasy Football Outlook (2021) (7/9) Advice: There were just three receivers who finished with 93-plus yards in eight separate games last year. Calvin Ridley, Stefon Diggs, and… Moore. While the touchdowns were certainly lacking, there’s something to be said about this stat and how undervalued Moore may be due to the lack of touchdowns. It was his first year in the offense, while Robby Anderson was brought in because he knew the offense. With Curtis Samuel out of town, we might see Moore in the slot far more often, which wouldn’t be a bad thing. He’s now finished with 1,175-plus yards in back-to-back seasons. It’s only a matter of time before the touchdowns catch up. He’s a solid WR2 to roster, who just might have top-12 upside if the touchdowns start to show up. (FantasyPros.com)
ADP: 3.01 — 7.07
More: Highlights | Draft Scout | Contract | Profile | Stats | News | Depth Chart | Discussion | Shop
Born: April 14, 1997, Philadelphia, PA

Opinions from intelligent people we trust.

This hike is hands down in my top 3 hikes on Oahu. It is a very easy beautiful hike. Once you enter the best and easiest route to go on is taking a right into the bamboo forest and following the road path way all the way to the end and going into the pathway, follow the colored tape!

I love this hike because it leads to an amazing waterfall that is absolutely beautiful! Its about a 2 hr hike there and back if yo dont stop to take any photos, but who wouldnt take photos of themselves in front of a 30-50 foot waterfall! Just make sure you always follow the colored tapes! there are so many trails, you could be going on a different path.

Check out all the best highlights of the top quarterbacks entering the NFL as the class of 2021.

Because Black people are disproportionately targeted by police, many parents are forced to have “The Talk” with their young children about how to best navigate this tragic reality. #DailyShow​ #TrevorNoah​ #TheTalk​