The whiskey sour is a mixed drink containing whiskey (often bourbon), lemon juice, sugar, and optionally, a dash of egg white. With the egg white, it is sometimes called a Boston Sour. With a few bar spoons of full-bodied red wine floated on top, it is often referred to as a New York Sour. It is shaken and served either straight up or over ice.

The traditional garnish is half an orange slice and a maraschino cherry.

A variant of the whiskey sour is the Ward 8, which often is based on bourbon or rye whiskey, and includes both lemon and orange juices, and grenadine syrup as the sweetener. The egg white sometimes employed in other whiskey sours is not usually included.

Maraschino CHERRY and half ORANGE SLICE

Shake with ice. Strain into chilled glass, garnish and serve.

If served ‘On the rocks’, strain ingredients into old-fashioned glass filled with ice. 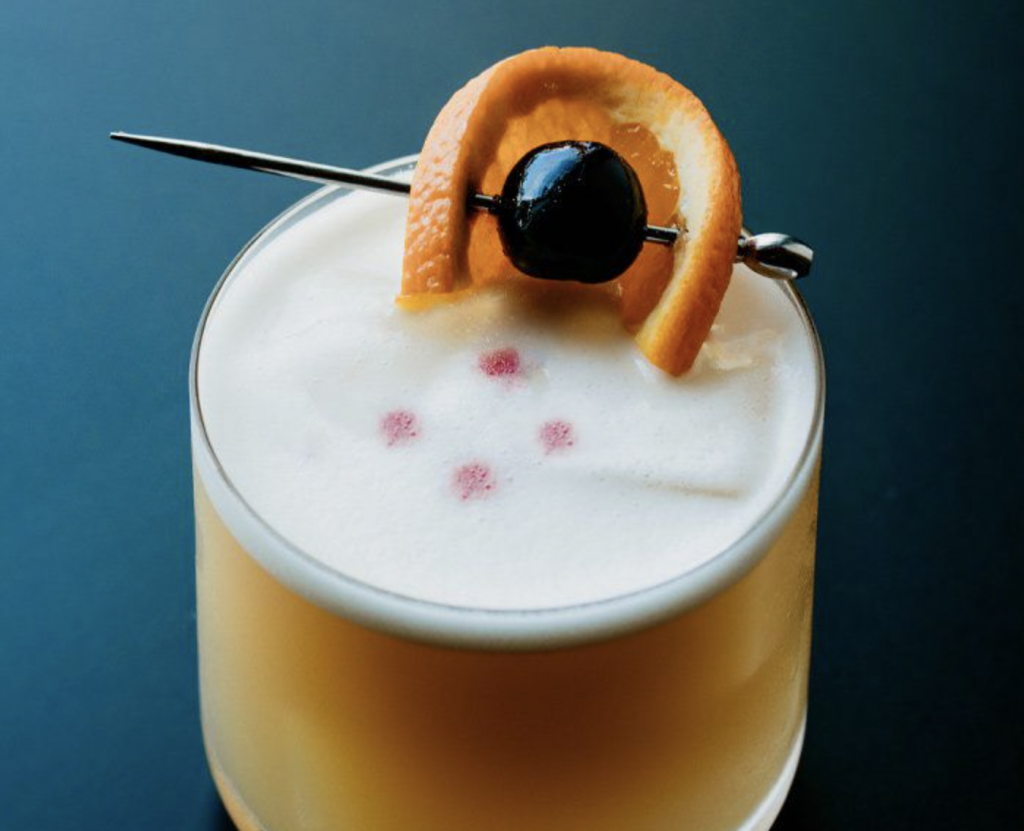 Served: On the rocks or straight up

RED, WHITE, AND BLUE COCKTAILS TO CELEBRATE THE 2020 PRESIDENTIAL ELECTION